Building A Critical-Creative Culture from the Ground Up

What Makes a Great Fashion City?
What makes Paris, Milan, New York, and now London, great fashion cities? It’s that mix of high caliber creativity that re-defines fashion each season, with serious business, where retailers like Net-a-Porter put their money where their mouth is and place an order. Both creativity and commerce are essential. When Burberry came back from Milan to show in London in 2009, it was a watershed moment for London Fashion Week, proving that the city, which has once been considered a creative but uncommercial melting pot, avoided by the likes of Anna Wintour and big buyers , could be taken seriously. It took a lot of work to get to that point and it’s a fine balance, but there are a few essential ingredients. First of all, a city must have a thriving critical-creative culture that demands excellence from designers and retailers alike – and that starts in the classroom. 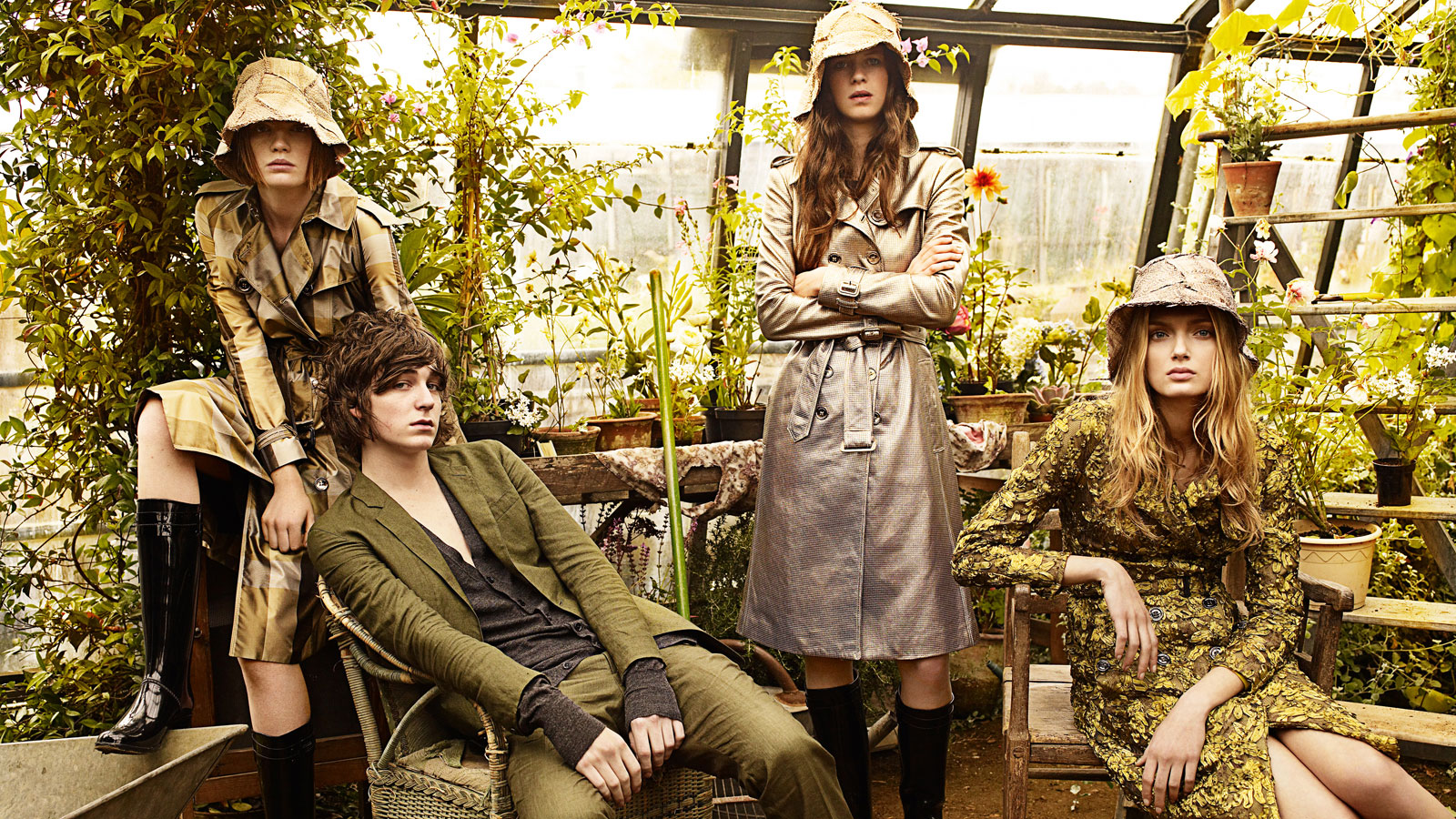 Education, Education, Education
Louise Wilson, former head of the MA at Central St Martins, who launched the careers of Alexander McQueen, Christopher Kane and Roksanda Illincic and many others, was famous for her tough love. She was uncompromising and told students when their ideas did not stand up to scrutiny, and when they needed to go back to the drawing board. Criticism, and mentors who say: “that’s not good enough, do it again, do it better” are important. A critical creative culture is a fundamental element of a strong fashion city, because it generates designers who push themselves – and fashion – forward.

The conversation I had more than any other with young designers at Ukrainian Fashion Week was about education. When I first arrived, I heard about cuts to the fashion department at the technical university in Kiev. Then, when speaking to designers who were selected to take part in the KYIV fanzine project with Foxall Studios (Yana Chervinska, Maria Bernar, Masha Reva, Dina Lynnyk, Lara Quint, Yulia Yefimtchuk, Iryna Dzhus, Yasya Khomenko) several of them told me that fashion education in Kyiv had taught them little. From what I can tell, it seems that the best talent in Ukraine are teaching themselves outside of class and find solidarity in their resistance to a dated Soviet fashion education that does not equip them for the modern fashion industry. In particular, young designers spoke of the need to be challenged creatively at college, and to be educated in commercial production and branding. Ivan Frolov, who gave a fantastic show during fashion week, told me that he himself – still inexperienced and without international stockists – was teaching industry knowledge to students at the university. While it is true that he’s a talented designer, Frolov is not the kind of experienced industry professional that the university should be choosing to educate the next generation.

In my last piece I wrote about poor fabric development in some collections – prints were too simple or suggestive of other designers or sometimes, just too dull. Teaching fabric development in a way that encourages experimentation and lateral thinking should be part of a fashion education. If there are not the resources to build this into the fashion course, then the fashion school must work with the art school to encourage designers and sculptors who use textiles to collaborate and develop new fabrics.

While it is clearly a tough economic climate for many in Kiev, there are still resources that remain untapped: people. For example, I went to visit a number of local stores in Kyiv on a morning before shows and had a long conversation with the manager and buyer for Prototype, a fantastic avant-garde store that stocks the likes of Christophe Lemaire, Rick Owens and Issey Miyake He regularly goes to Paris on buying trips and spoke in depth about customers and branding and the financial issues with dealing with a brand – he really knew his stuff. That kind of expertise, passion for good design and commercial intelligence would be indispensible to fledgling designers in Kiev to answer questions such as: How big should a collection be? How expensive should it be? How does my price affect my brand image? What does a buyer want to see when he / she visits a showroom? What quality do you need to have? How quick should delivery times be? Retailers, stylists and textile industry figures should brought into the organization of fashion week and play a role in educating designers. 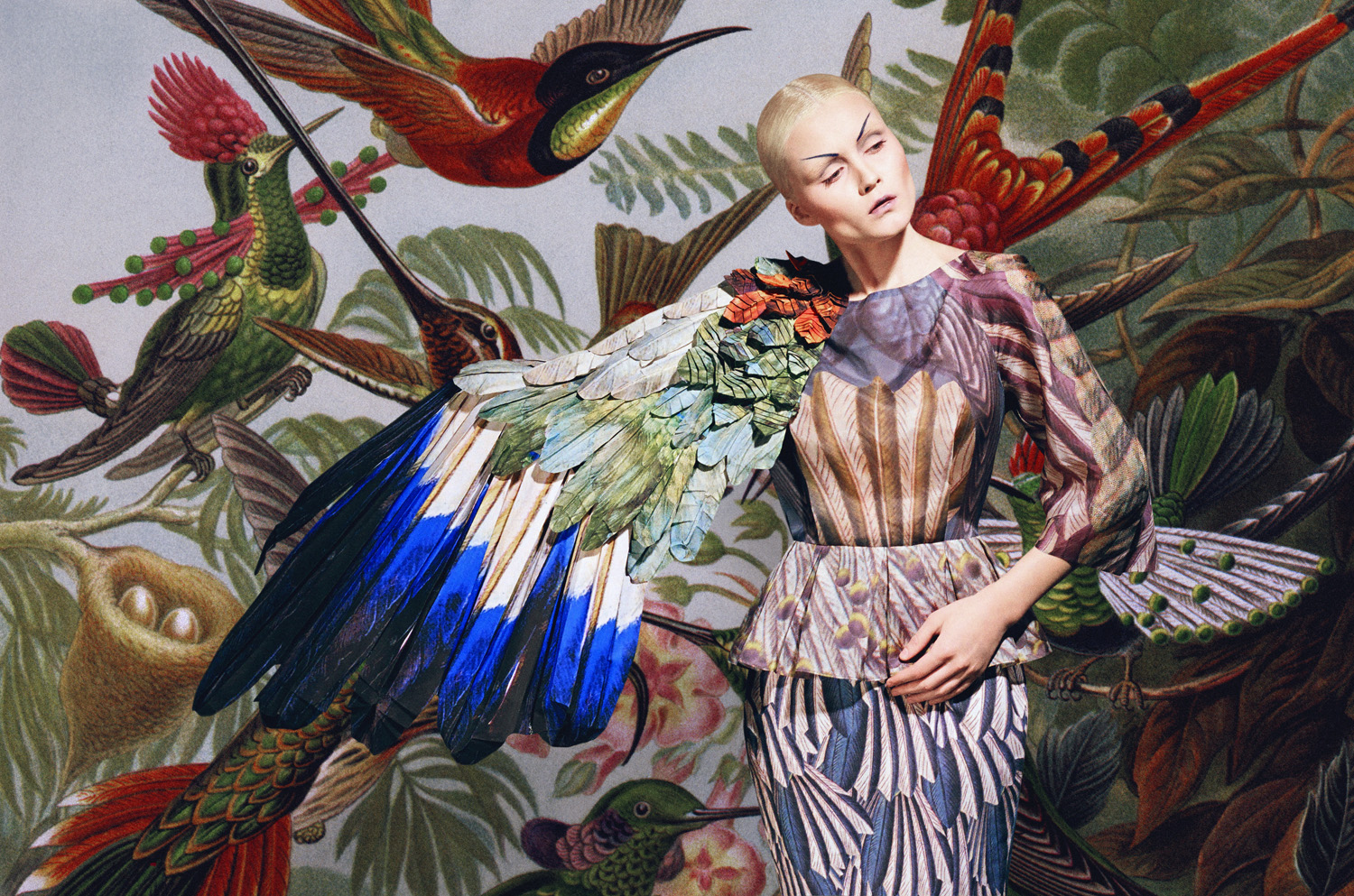 Building Financially Sustainable Businesses
When I spoke to Masha Reva – one of the Ukraine’s young design stars – about what she plans to do next, money was at the forefront of her mind: she needs to work out how to finance herself. I noticed that a lot of Ukrainian designers, rather than making clothes for stores, work to commission for private clients. While this may be wonderful for such clients, it is a very labor-intensive way for designers to work, and can only really be a short term solution to financing their brand. For a creative star to thrive in the long term, what they really need is sound business and branding advice and ultimately – buyers from stores who will place big orders. The next major goal for Ukrainian Fashion Week organizers is to get international and local buyers on the front row of their shows. For this to happen, there must be development programs in place that work with retailers and manufacturers together to enable designers to become convincing commercial prospects.

??? The basics of the formation of a critically creative cultural environment 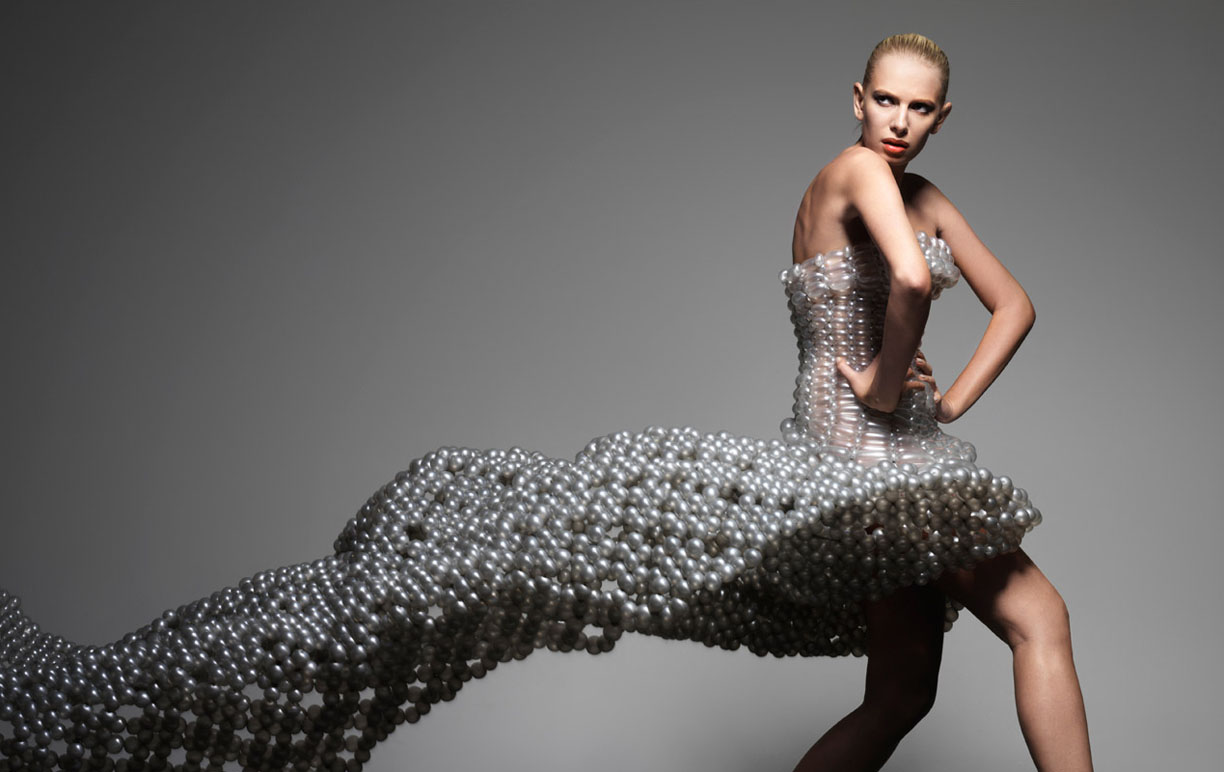 Why are Paris, Milan, New York, and also London really fashionable cities? They are a mix of creativity of high standard, which defines fashion every season in a new way, with a serious business approach in which sellers, such as, for example, Net-a-Porter, move from words to deeds and form an order. Both creativity and the commercial part are important. When Burberry, who for 10 consecutive years showed off their collections in Milan, chose London in 2009, this was a watershed moment for London Fashion Week. After all, this city was considered absolutely non-profit, Anna Wintour and serious buyers bypassed it, and no one took it seriously. But for this moment to come, it took a lot of work, and in today's balance there are several integral components. First of all, a critically creative environment should be present and constantly developing in the city, which encourages designers to be successful, as well as achieve success for the buyers themselves. And this Wednesday begins with a school bench.

Louis Wilson, head of master's programs at the Central College of Art and Design named after St. Martin, who helped advance the careers of Alexander McQueen, Christopher Kane, Roxanda Ilinchich and many others, became famous for her rigidity based on well-intentioned. She was uncompromising and always told students directly if their ideas did not hold water and they needed to return to the basics of learning. Critics and teachers who are able to say: “This is not enough, redo it, do it better” are invaluable in creating a strong personality. A critically creative environment is a fundamental element of a truly fashionable city, because it gives rise to designers who are able to accept the challenges of modern times and to advance themselves and fashion itself forward.

For the most part, I discussed education with young Ukrainian designers at Ukrainian Fashion Week. Before flying to Kiev, I heard something about the fashion department at one of the technical universities in Kiev. Further, in a conversation with designers selected to participate in the event with Foxall Studios (Yana Chervinskaya, Maria Bernard, Masha Reva, Dina Linnik, Lara Quint, Yulia Efimchuk, Irina Dzhus, Yasey Khomenko) it turned out that some of them studied independently. From this, I concluded that the best talents of Ukraine are self-learning and are solidary in their opposition to the old Soviet education system, which can not give them anything in the modern fashion industry. In particular, young designers spoke about the need to develop talent in higher education, as well as education in the field of commercial production and branding. Ivan Frolov, who had a wonderful show at Fashion Week, told me that he personally, having no experience working with international companies, taught commercial production to students at the university. He is a wonderful, talented designer, but by no means looks like a professional in the field of industry, which the university can choose for youth education.

In the previous article I wrote about poverty in the choice of fabrics of some collections, the prints were too simple, either copied from other designers, or frankly uninteresting. The teaching of experimentation and innovative thinking in the field of tissue production should be part of fashion education as such. If there are no resources to include this in the curriculum, the fashion school should collaborate with the art school to encourage designers and sculptors who use fabrics to come together and develop new ideas.

While the economic climate in Kiev remains rather harsh for many, there are always resources left aside, namely, people. For example, I visited some local shops in Kiev in the morning before the shows and talked with the manager of Prototype, a fantastic avant-garde store loved by Christopher Lemaire, Rick Owens and Issei Miyake. He regularly visits Paris on shopping trips and spoke with in-depth knowledge about buyers, branding and the financial side of the issue – he is truly a master of his craft. Expertise, a passion for high-quality design, and commercial savvy of this kind are vital for Kiev designers at the stage of their formation. After all, answers to questions: How many units should a collection have? How expensive should it be? How does price affect brand prestige? What exactly does the buyer who comes to the showroom want to see? What quality is needed? How fast do orders need to be delivered? – this is the basis of a successful business. Salesmen, stylists and textile workers should work together to organize a fashion week and play a role in the training of designers. 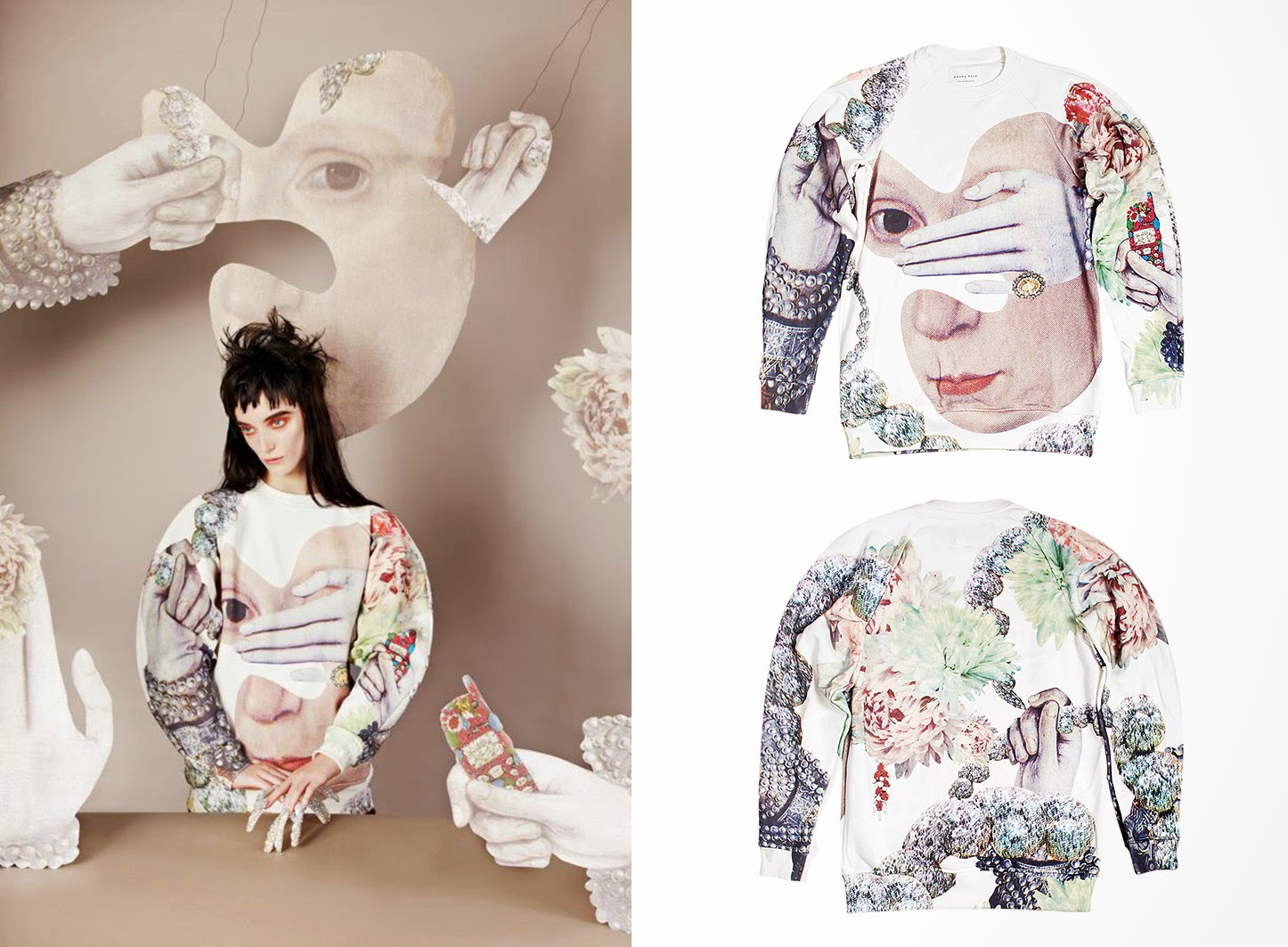 When I spoke with Masha Reva, one of the young stars of the Ukrainian world of design, about her plans for the future, it turned out that the lack of funding is her main problem. I noticed that many Ukrainian designers prefer to work with private clients instead of stores. This is great for such clients, but it is a very laborious way of working for designers. This can only be a short-term solution for those who want to achieve significant financial results. To become a star, shone for a long time on the horizon of fashion, they really need advice in the field of business and branding to attract buyers from stores that will make large orders. The next large-scale goal for the organizers of Ukrainian Fashion Week is to invite international and local buyers to the front rows of their shows. For this to happen, there must be development programs where the joint work of sellers and manufacturers would enable designers to become truly commercially promising.