Plunge into the fashion season: 7 interesting documentaries about fashion

Plunge into the fashion season: 7 interesting documentaries about fashion In the midst of the fashion season and in anticipation of the start of Ukrainian Fashion Week, we advise the best documentaries on the wrong side of the world fashion industry, as well as its iconic personalities. Inspiration, motivation, new ideas and guidelines, thoughts about work, clothes, art and a love of life – all this you will find by arranging a small movie marathon on the weekend. 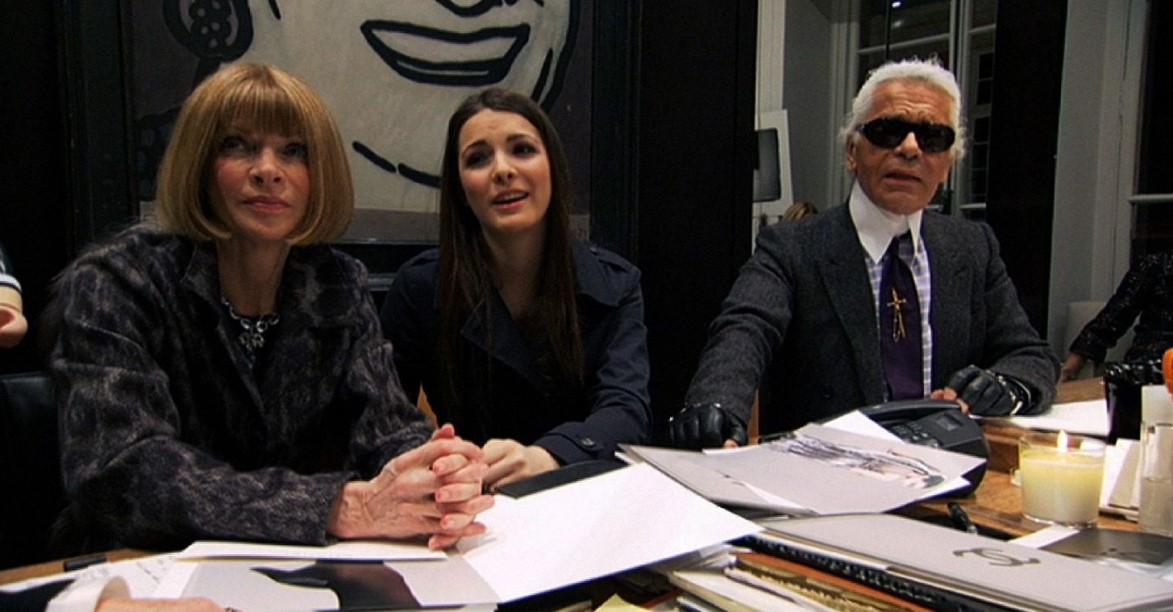 If you are not indifferent to the fashion world, then you have probably already seen the “September issue” – without exaggeration, the most famous documentary about the invisible side of work in the fashion industry. Namely, how the main annual issue of the glossy Vogue magazine with a long history is created. But if for some reason you always put off watching this tape, now is the time to catch up. Today, the picture may be even more informative than before. It is curious that the “September issue” is already seven years old, and during this time many dramatic changes have occurred in the industry and a whole generation of new faces has appeared. But one thing has remained unchanged – the unshakable authority of the chief editor of the American Vogue Anna Wintour, who is still the arbiter of the fate of fashion insiders. How she manages to maintain her influence for so many years, how her regular working day goes, and what is her secret to success – the director R.J. Cutler is trying to find the answers to these questions. 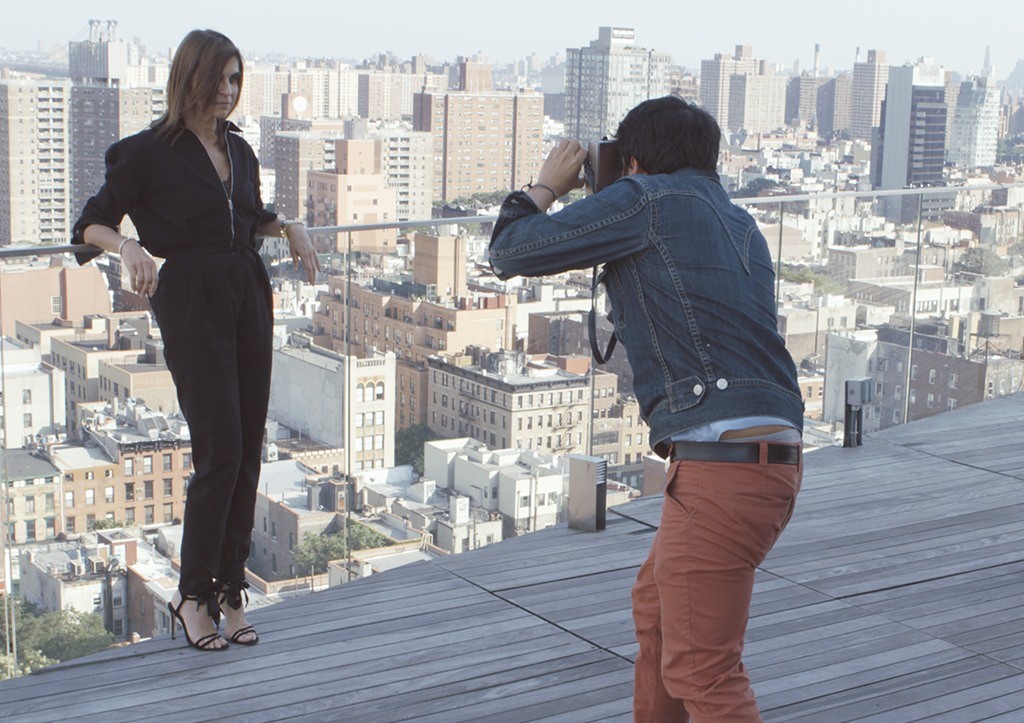 Mademoiselle C is a biographical essay about a woman who today is the main embodiment of the notorious “French chic”. She is the key icon of style for several generations, the former editor-in-chief of the French Vogue, the unspoken rival of Anna Wintour and the person who changed the mind about fashion shootings. She is Karin Roitfeld. The film focuses on the period when Roitfeld decided to change her role a bit and move away from traditional glossy journalism, exchanging work in the “fashion bible” with her own CR Fashion Book magazine. Three years after its launch, we already know whether she managed to fulfill her dream. But we have a chance to see how it all began, and how Karin Roitfeld came to who she is now.

“Bergdorf Goodman: More than a Century at the Top of Fashion Olympus” / “Scatter My Ashes at Bergdorf’s”

Another worthwhile story about the ins and outs of fashion is the film “Bergdorf Goodman: More than a Century on the Top of the Fashionable Olympus”. This is the story of one of the oldest shopping centers in America, in the windows of which someone's dreams come true and crumble, the fate of designers is decided, new creative ideas are born, indecent amounts of money are spent. This film is a study directed by Matthew Millet about how, in more than a hundred years, a modest studio turned into a huge fashion empire, glorifying the art of shopping on both sides of the ocean. 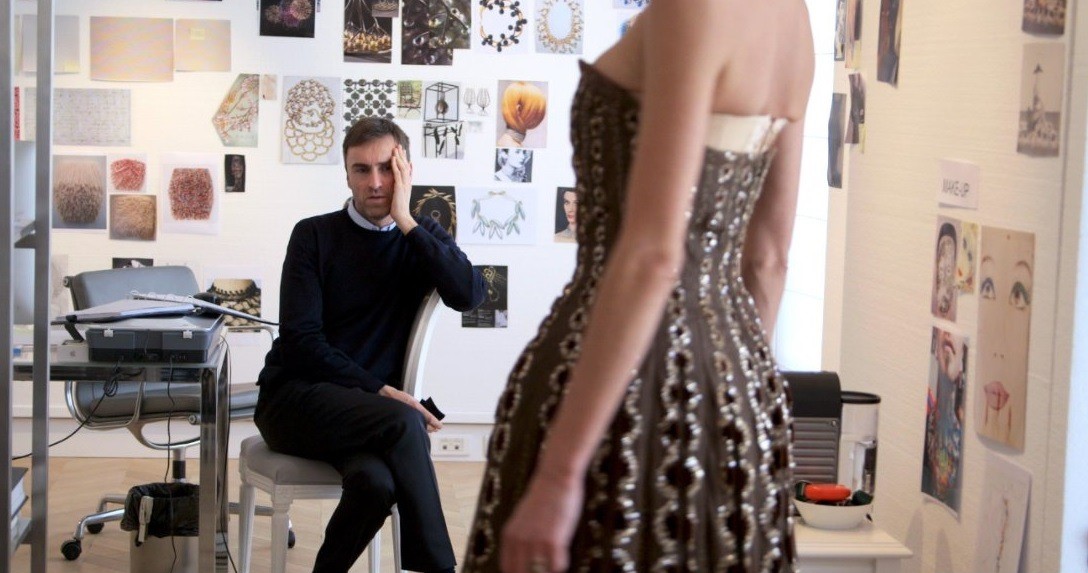 This season, Maria Grazia Curie presented her first collection for the legendary Dior fashion house, which began a new chapter in the brand’s history. The film “Dior and Me” shows preparations for the debut collection of her predecessor, Raf Simons, who took up the post of creative director in 2011, when the house was going through difficult times after the famous scandal with John Galliano. When Simons started to work, he had only eight weeks to create a women's collection that would put all the emphasis and dots on the "i", proving that the humble Belgian could be the worthy successor of the great heritage of Christian Dior. 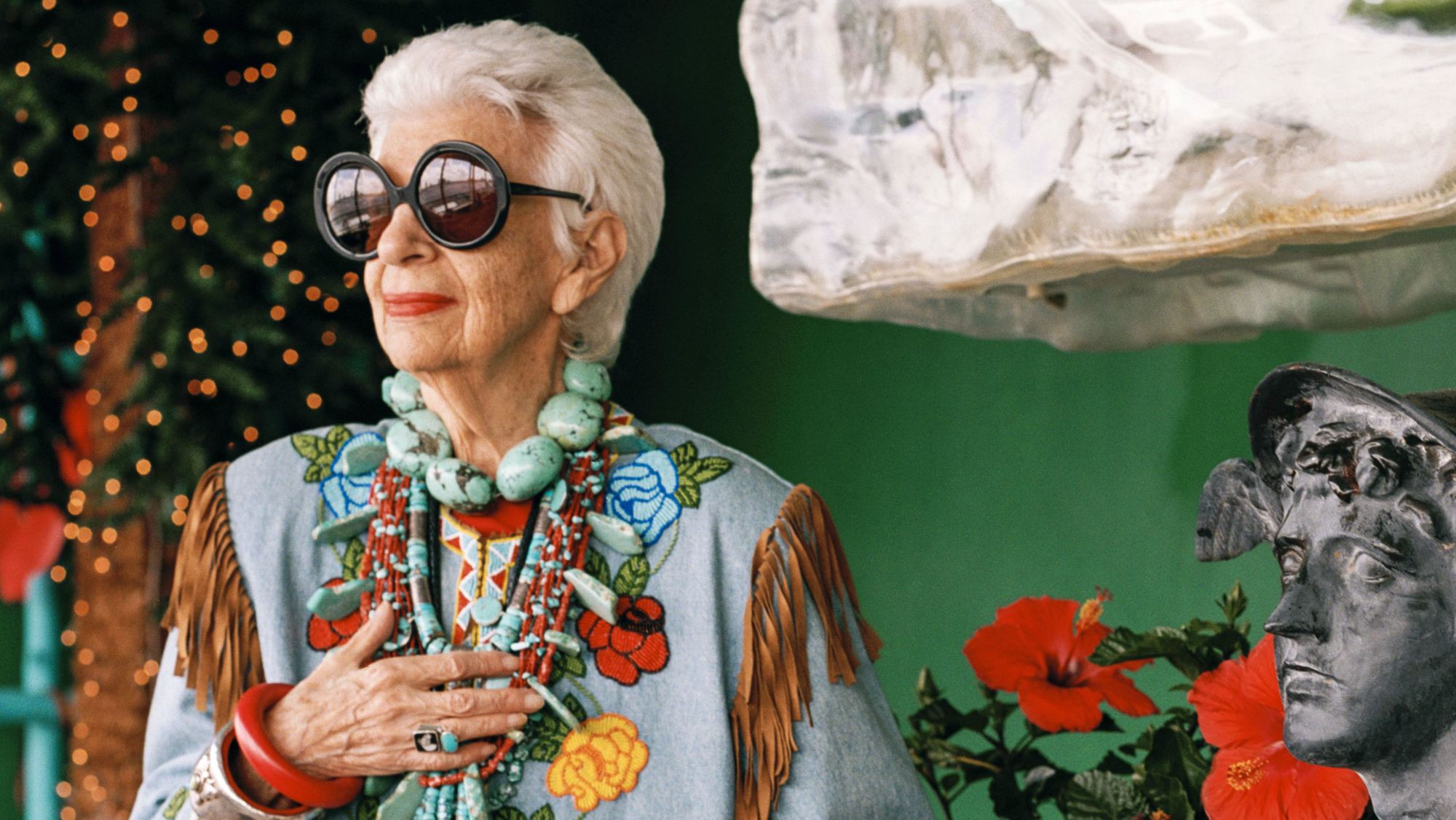 Even if you are interested in fashion quite superficially, you probably know the name Iris Apfel. At 95, she proves that age is just a convention, and it’s definitely not a hindrance to the style. Iris Apfel is an example of how you can live a long, boring life with your clothes. And how, without even working in the fashion industry, to become a welcome guest in the first row of all famous shows. “It's terrible that today everyone looks the same. The obsessive modern culture takes away their imagination, and it’s so sad, ”the eccentric lady says, and advises us to be bolder. Watch the movie Iris just as a guide to how you can make life interesting and vibrant, instead of constantly complaining about politicians, bad weather, or boring work.

"The true price of fashion" / "The True Cost" 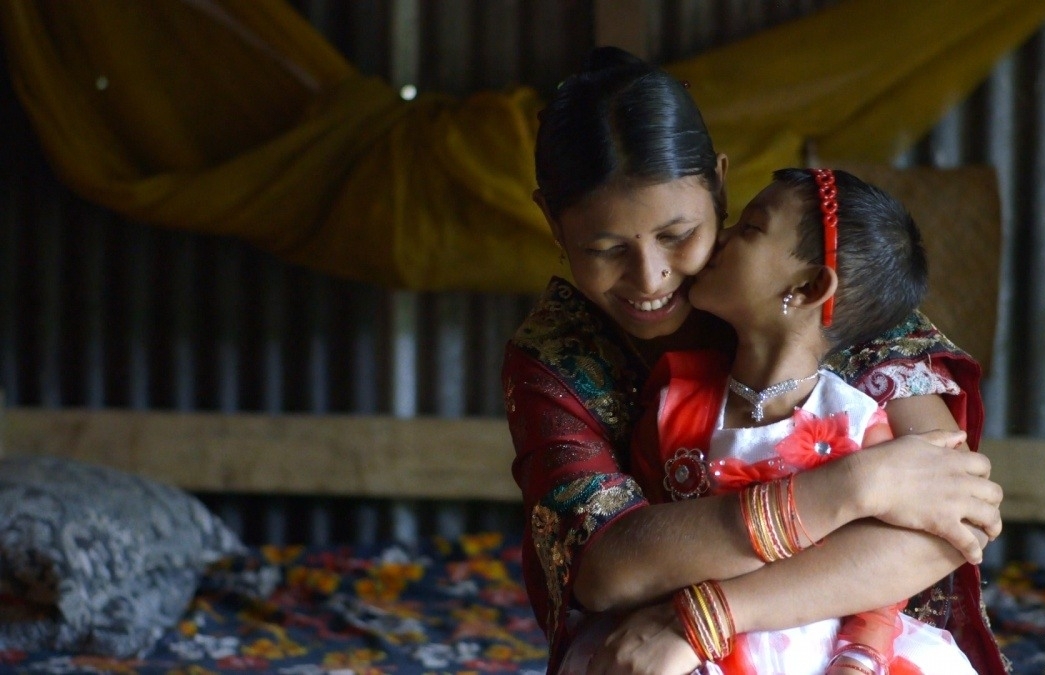 This investigation film from director Andrew Morgan is not so much a fascinating story about fashion as a thoughtful and deep report on the problems of the era of consumption. In search of an answer to the question “What is the price of personal style and is it worth it?”, The author goes to the main catwalks of world capitals and to the poorest regions of the Third World countries, where, in fact, “high fashion” is produced. Globalization, “fast fashion”, digital technologies, the eternal pursuit of trends – the film makes you look at all these phenomena from a completely different perspective. A perspective that you did not even suspect was there.

The Ball / The First Monday in May 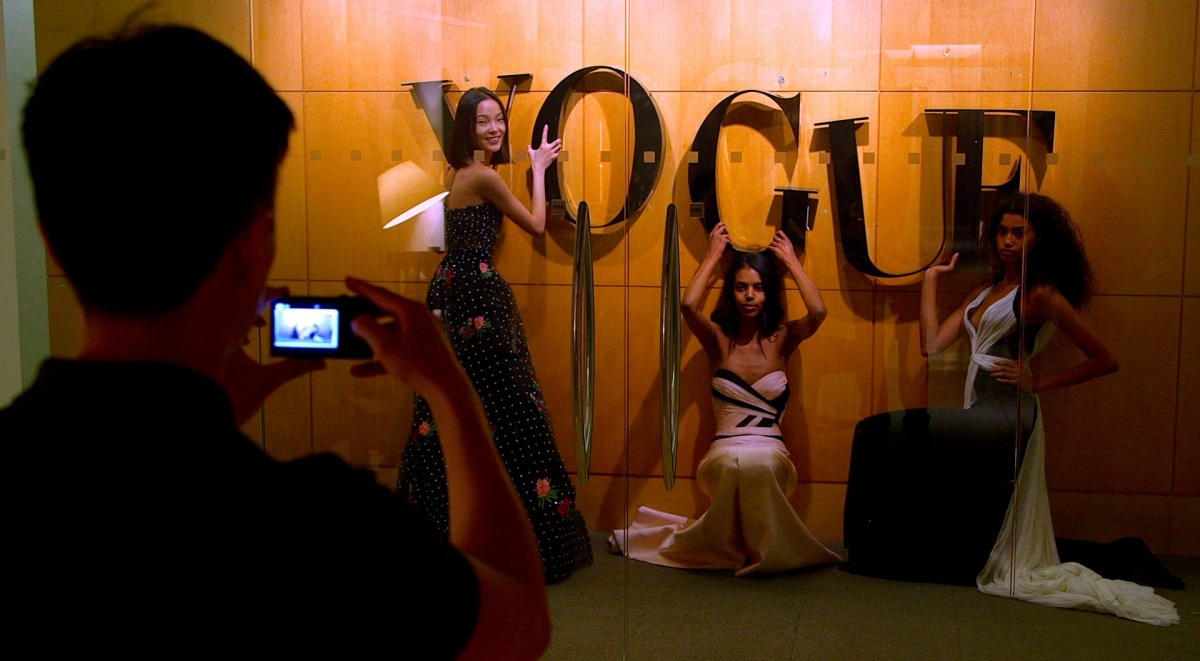 One of the latest innovations about fashionable backstage is the Andrew Ball Ross documentary. She talks about the preparations for the main annual event in the fashion world – the Costume Institute Ball, which traditionally holds the New York Metropolitan Museum every first Monday of May. Each time, an unbelievable number of the most stellar guests gather here, dressed in accordance with the theme of the event, which is established by the aforementioned almighty Anna Wintour and curator of the Costume Institute Andrew Bolton. "Ball" talks about the preparation of Met Gala 2015, the theme of which was China. The intrigues connected with the seating of stars and the struggle for the most impressive outfit on the red carpet were not complete in the picture. This is a unique opportunity to examine Rihanna’s costume in detail, get to know the fashion world patriarch Jean Paul Gaultier and look at fashion from a new perspective – as contemporary art.