This is Angelina Jolie today – a serious actress and director, an exemplary mother and UN Goodwill Ambassador. And at the dawn of her career – somewhere between the films "Hackers" and "Lara Croft", marriages with Johnny Lee Miller and Billy Bob Thornton – she was still a hooligan and nonconformist. At that time, the actress loved to shock the audience with her daring behavior, tattoos, as well as appearance. Few could even afford to appear on red carpet in leather trousers, grunge t-shirts and with carelessly disheveled hair. 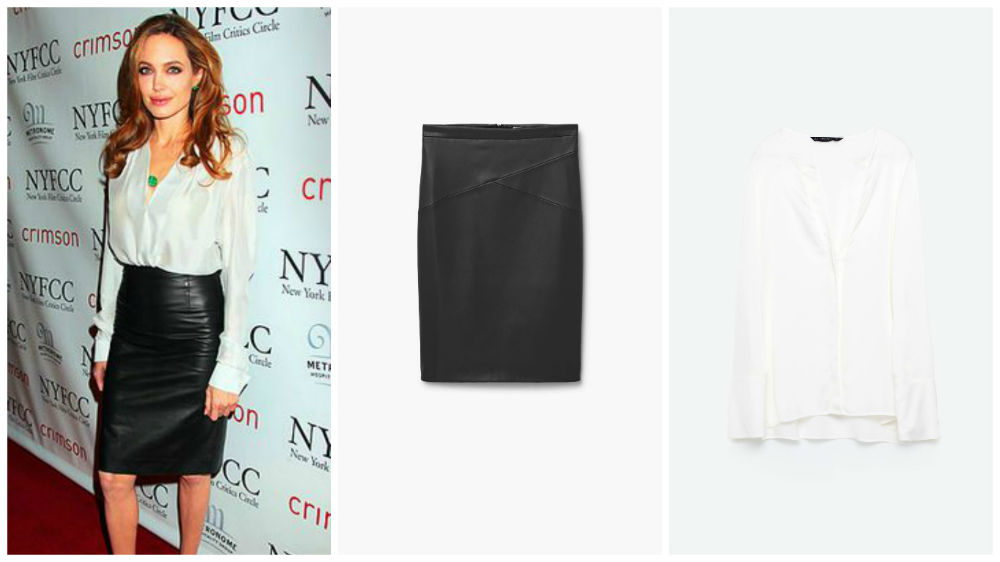 Over time, the star grew from the image of a naughty teenager, took up the humanitarian mission, became a mother of many children and changed her style. For secular exits, she began to increasingly choose laconic restrained things and classic silhouettes. But she remained faithful to monochrome colors and skin. So, in the wardrobe of Jolie, sheath dresses and pencil skirts appeared, which favorably emphasized the figure, but did not open the superfluous – midi-length became one of the dominant receptions in the official releases of the actress. 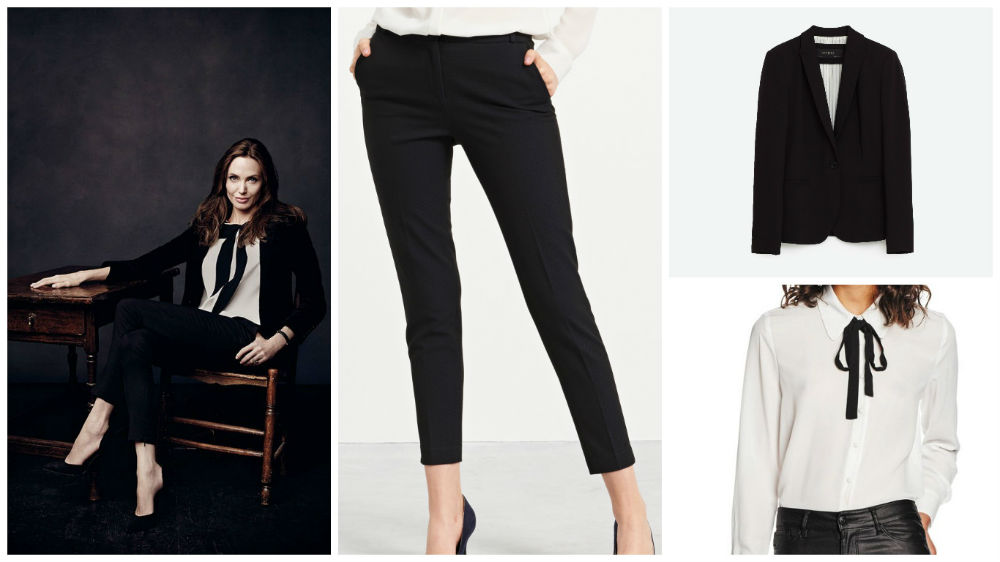 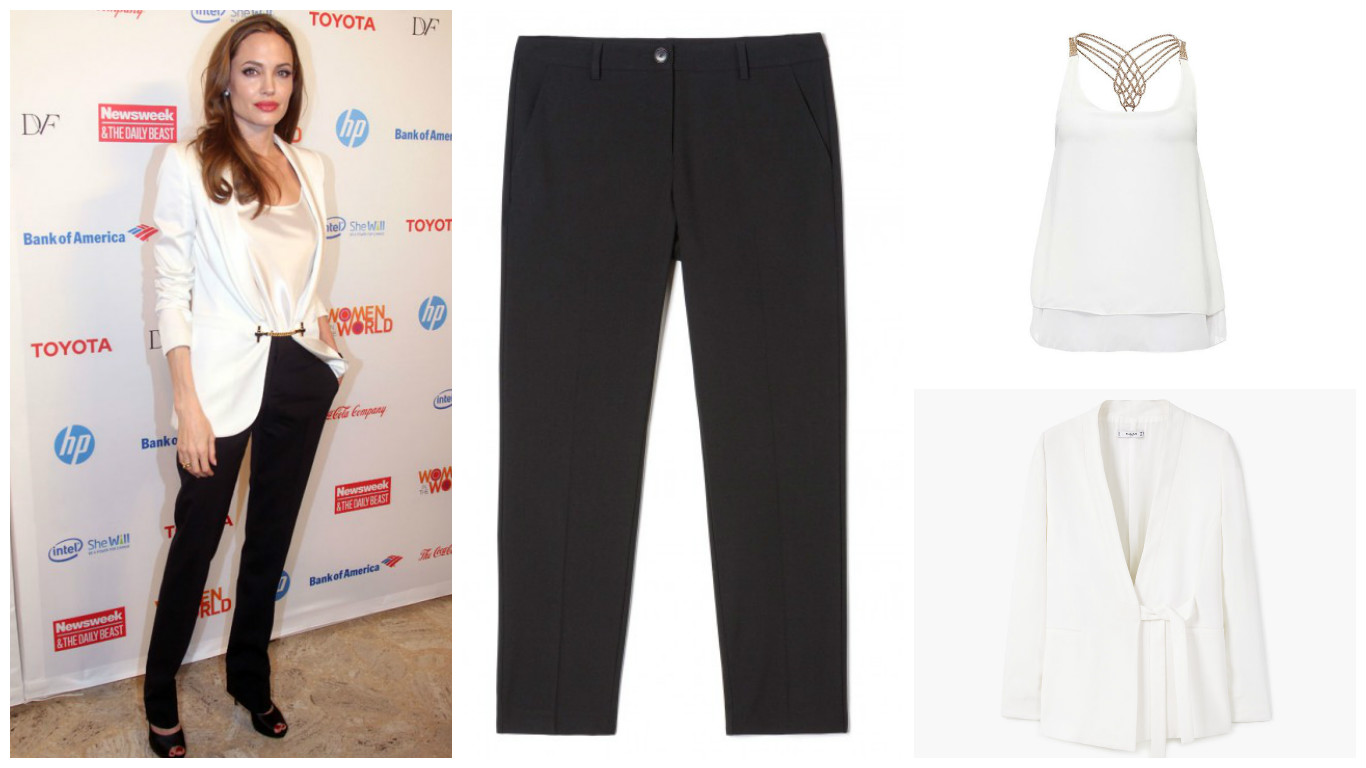 A little later, when Angelina Jolie abandoned stereotypical roles in blockbusters, and instead devoted her time to directing highly social war dramas, her laconicism in outfits acquired even more moderate elegance. Win-win trouser suits have become almost the uniform of a lady director. With each new exit, only the color of the jacket changed (no more than black to white, of course) and small details, such as a bow on the collar or an untied bow tie. Even for the most solemn events, the actress made a choice in favor of an exquisite tuxedo, in the best traditions of the Yves Saint Laurent heritage, instead of elaborate evening dresses. 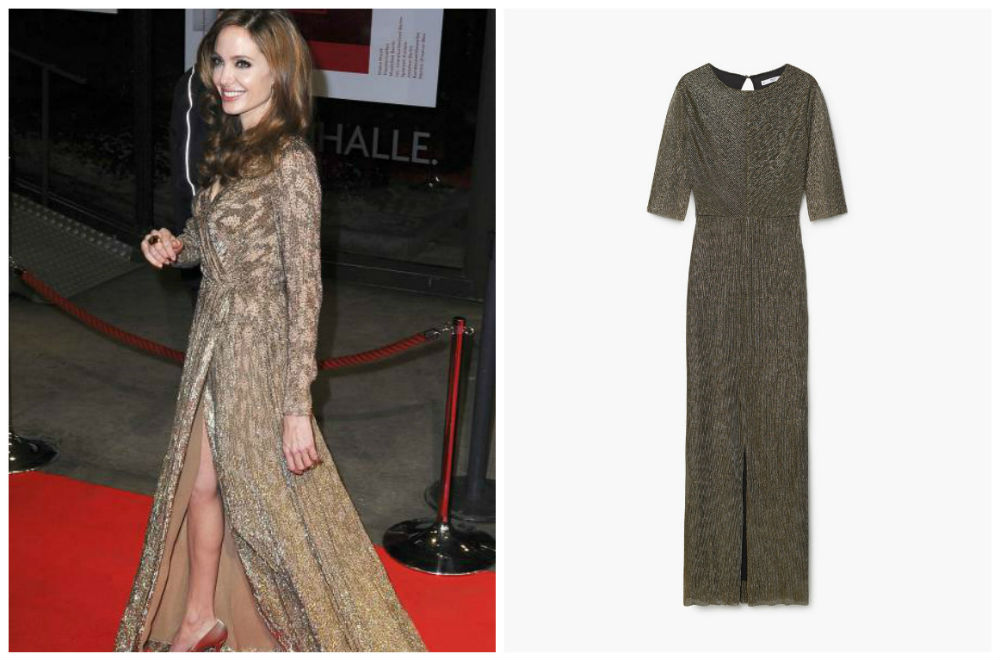 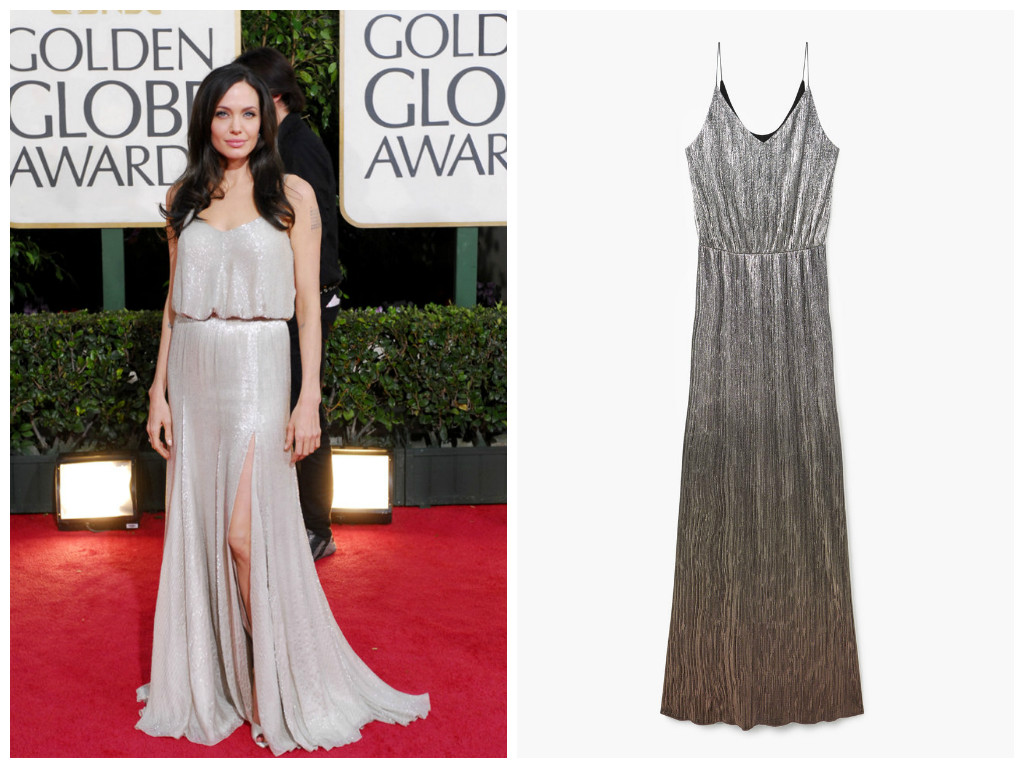 Although, of course, it cannot be said that Angelina will not be seen at all in dazzling evening dresses. The last few years, appearing at various ceremonies arm in arm with Brad Pitt, the couple always obediently followed the black tie dress code. While Pitt chose needlepoint suits, his wife preferred dresses to the floor with an emphasis on the waist and often a V-neck made of beautifully flowing fabrics: silk, satin, satin. As for the palette, the Hollywood diva rarely allowed herself experiments in the form of saturated emerald, yellow or blue. Basically, she relied on a proven gamut. Black, white, delicate powdery, as well as steel shades are the favorite colors of the exits of one of the most attractive women on the planet. 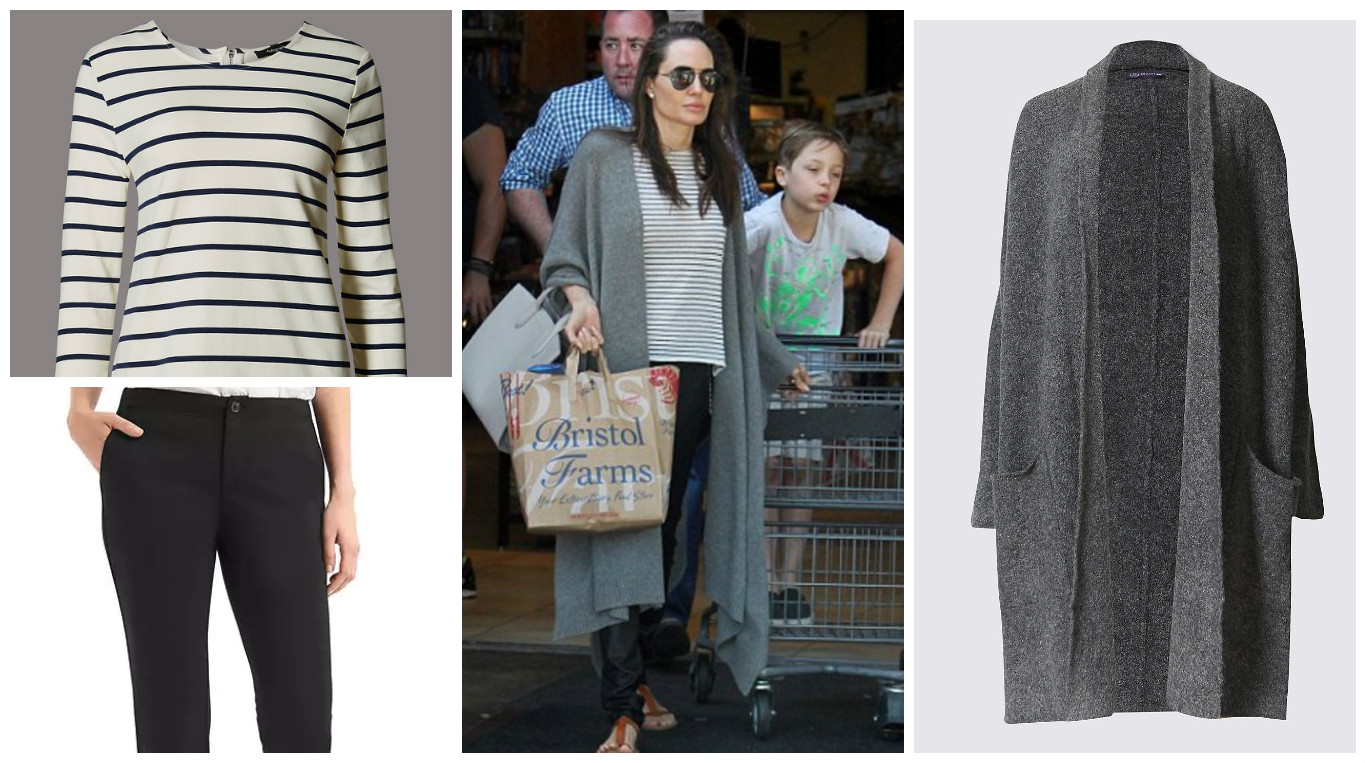 In everyday life, the actress is even more picky in clothes than at social events. But this does not mean that she allows herself to appear on the streets in stretched sweatpants or a torn t-shirt. Like sloppy, which many of her colleagues do not hesitate, Jolie prefers modesty, but with taste. Simple black trousers, basic top in plain color or classic navy stripes. And at the end of the image – a voluminous scarf, cardigan or poncho. Something that would help to hide from annoying flash paparazzi.